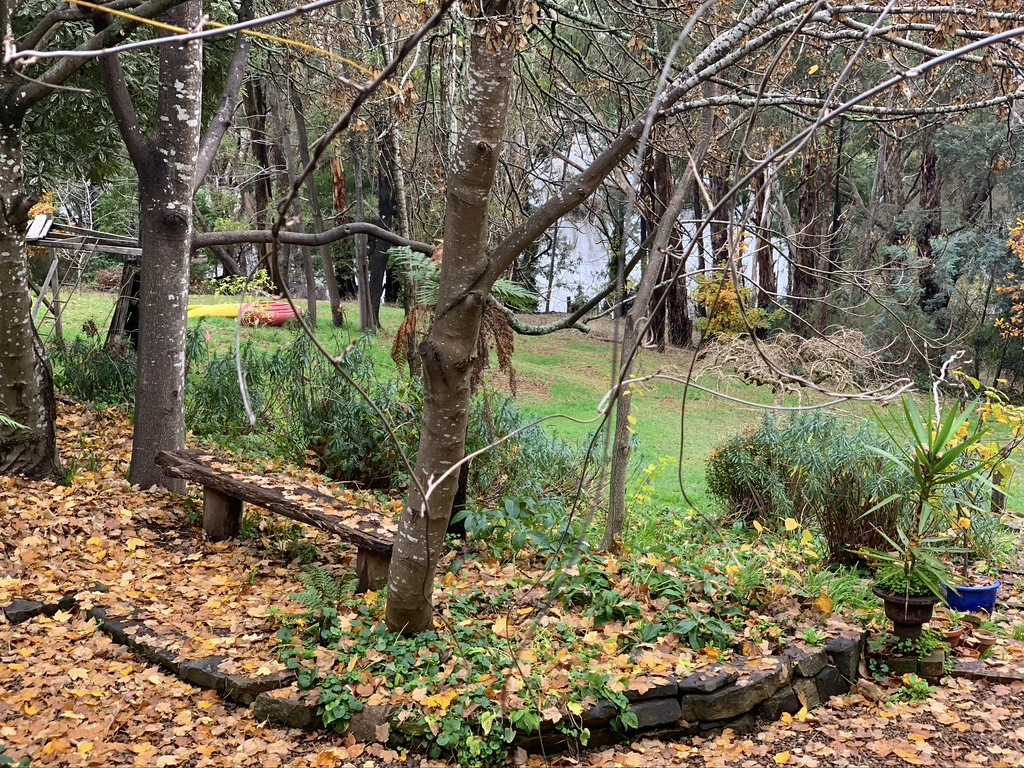 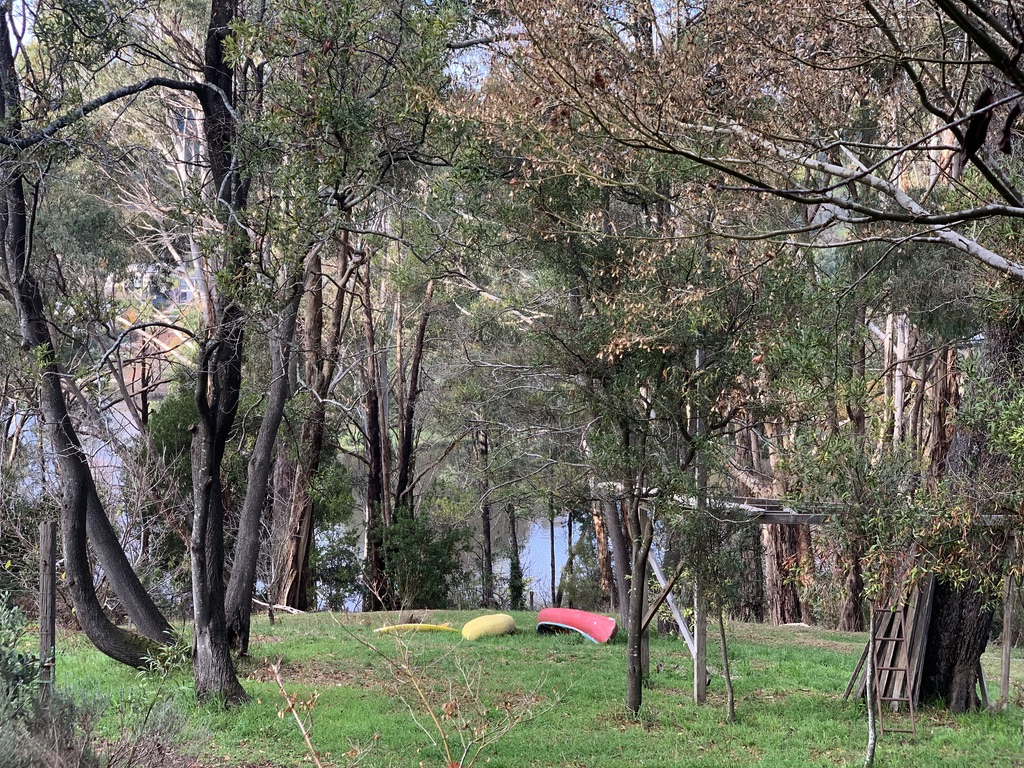 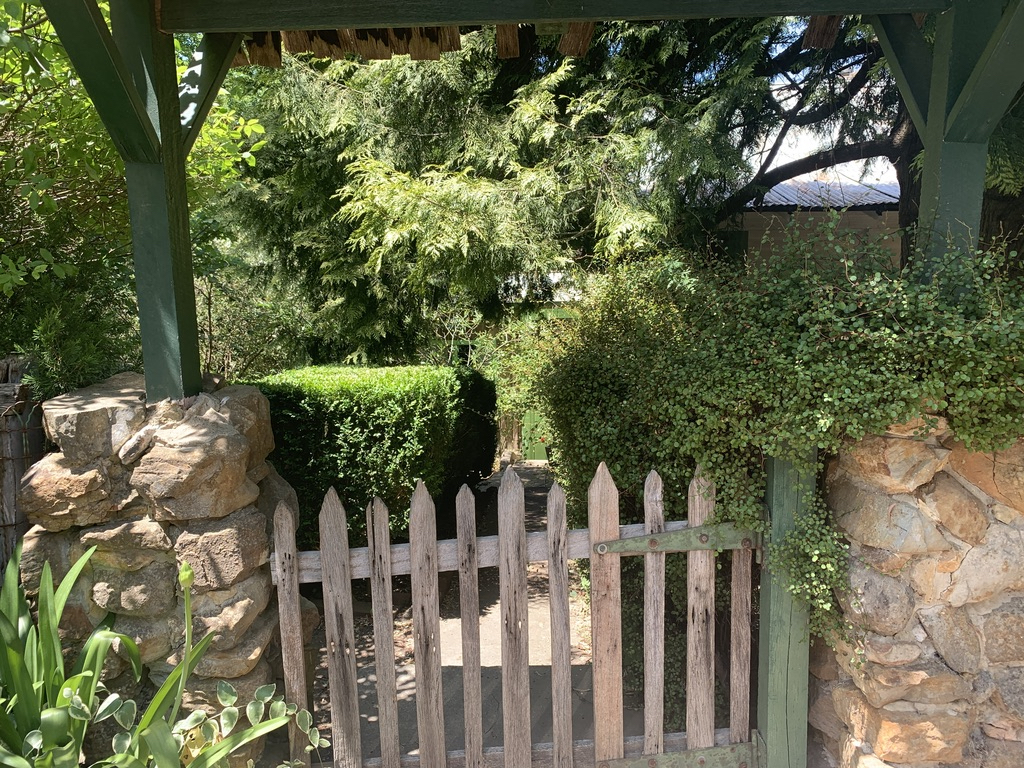 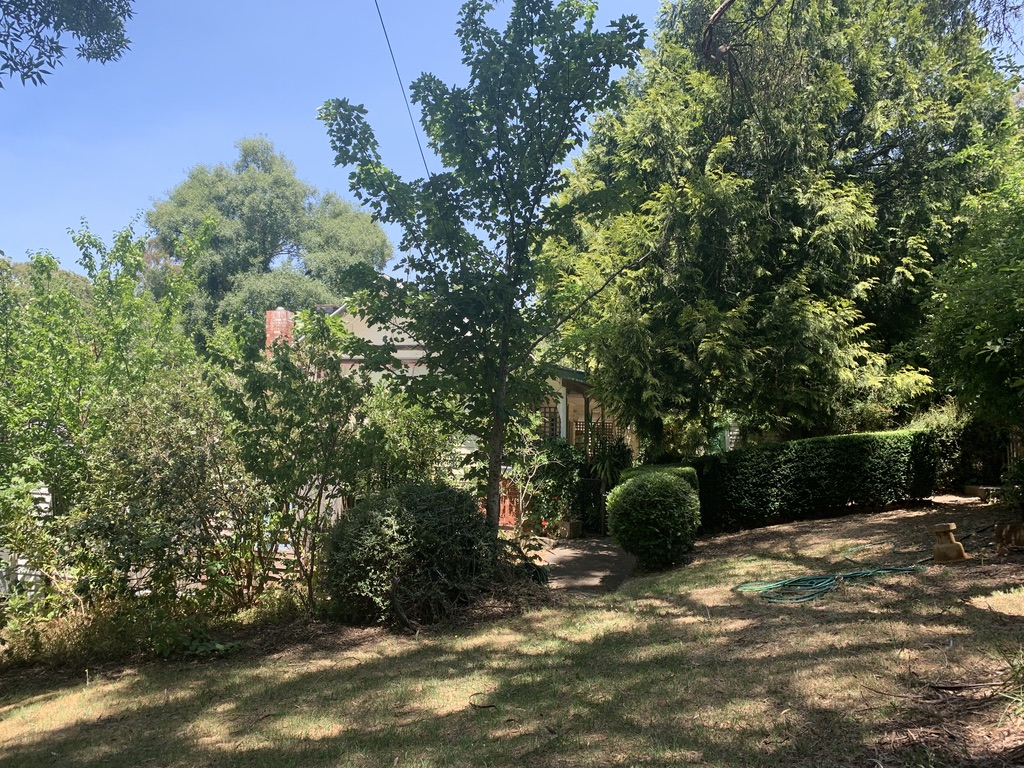 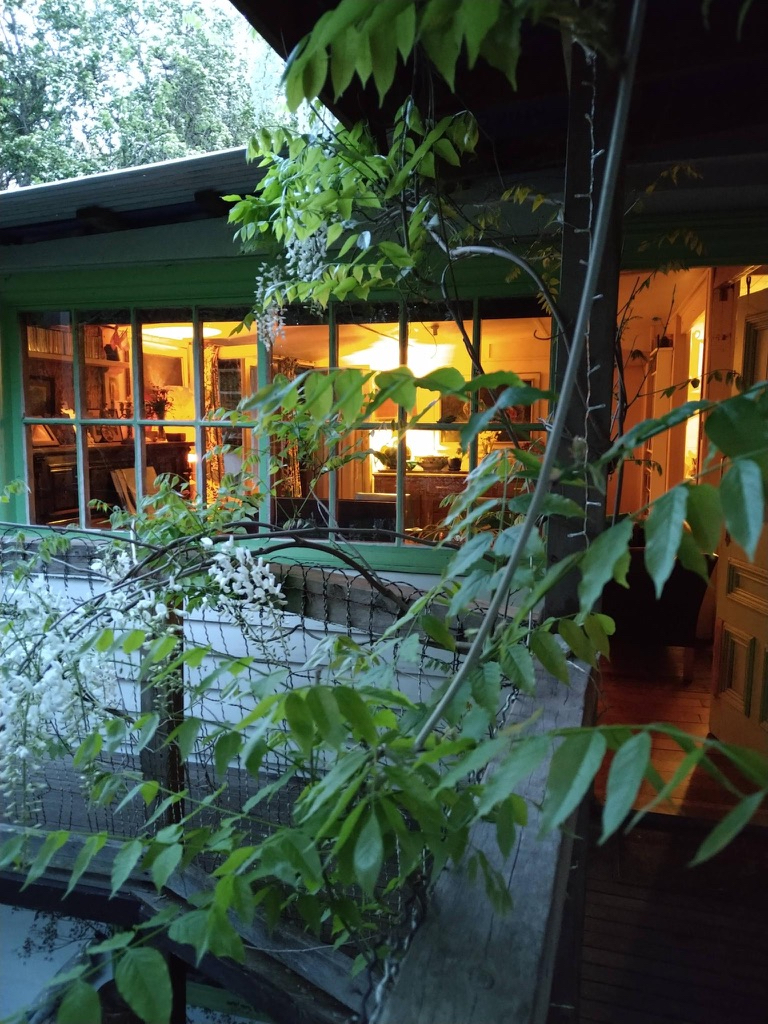 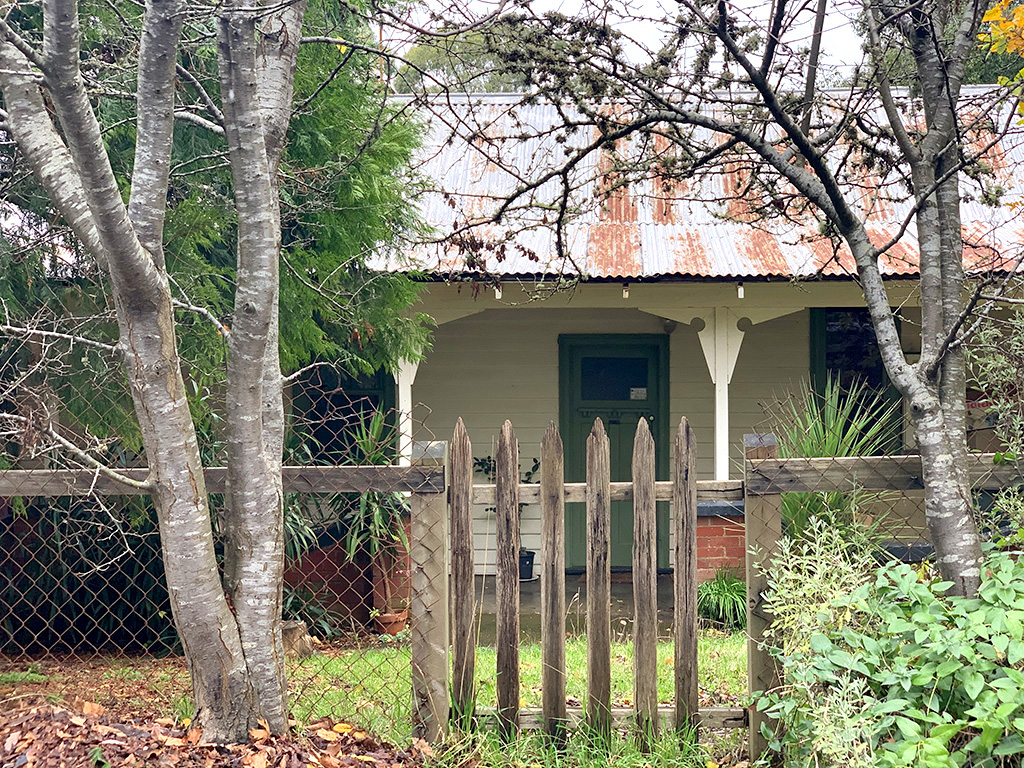 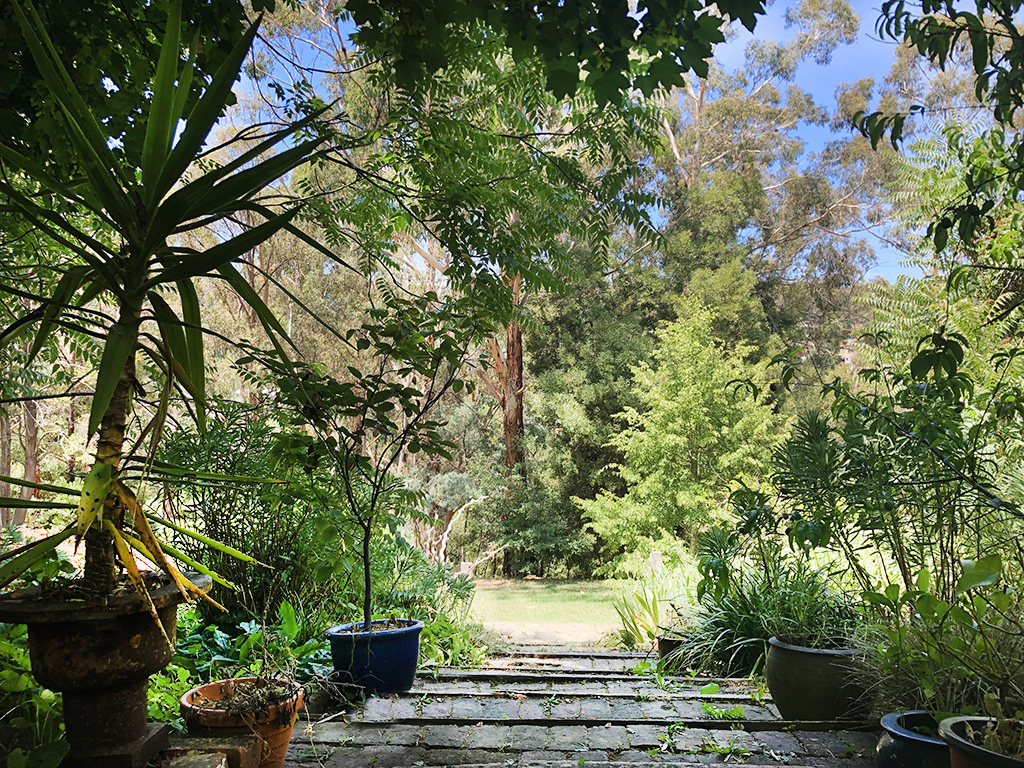 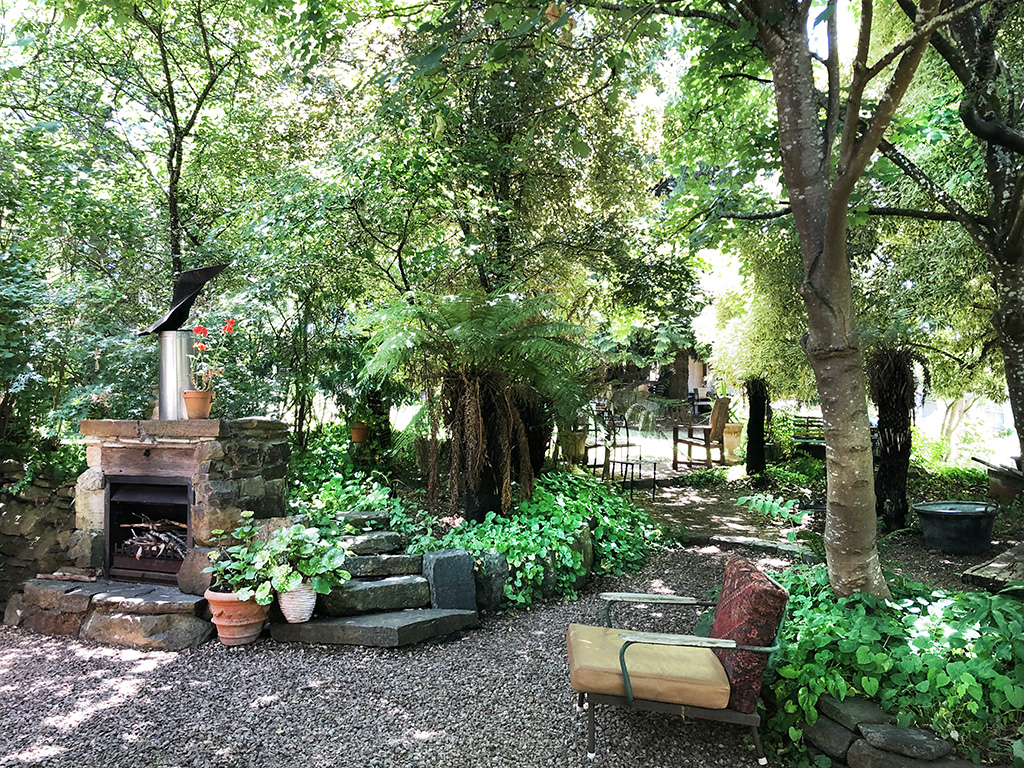 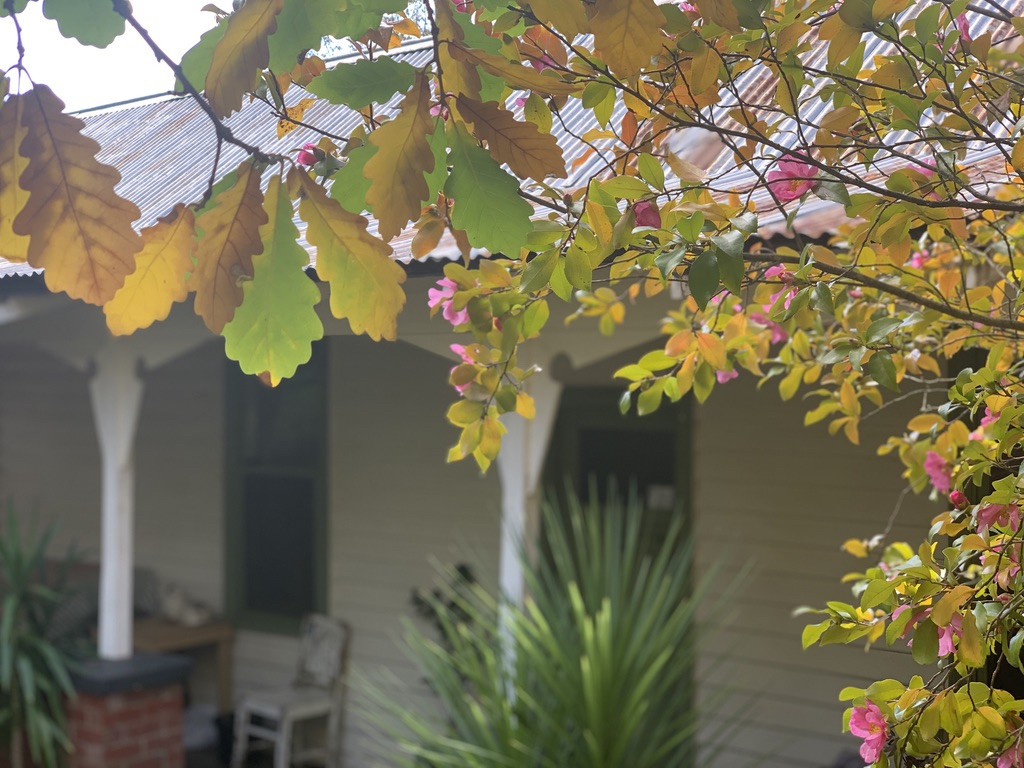 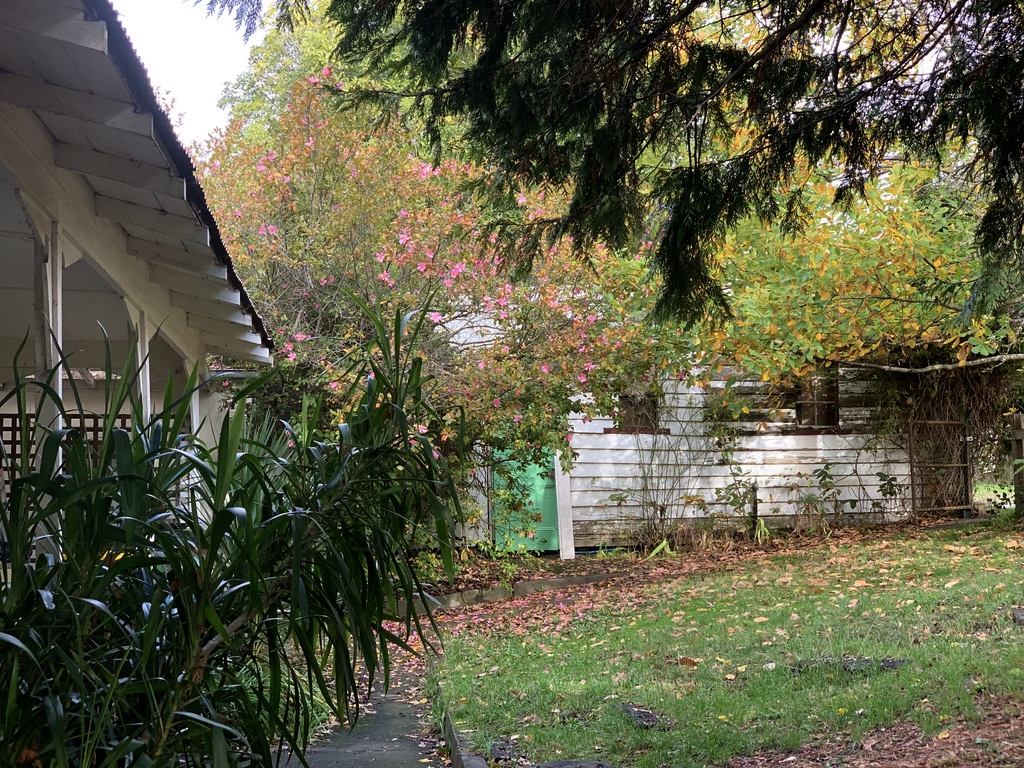 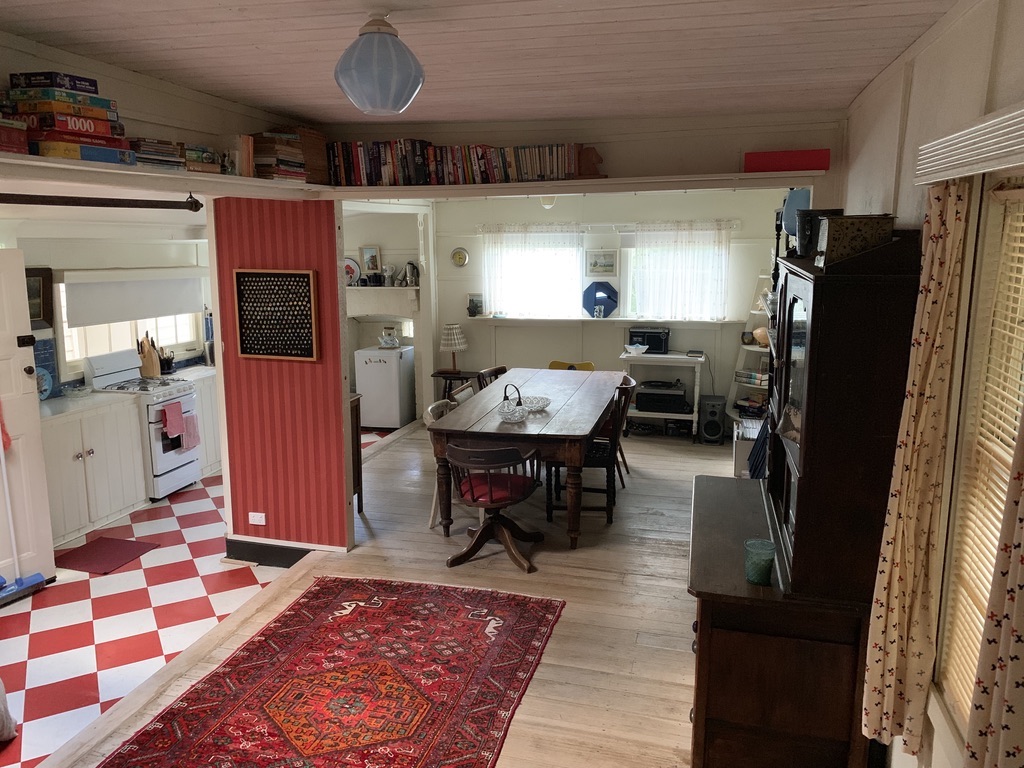 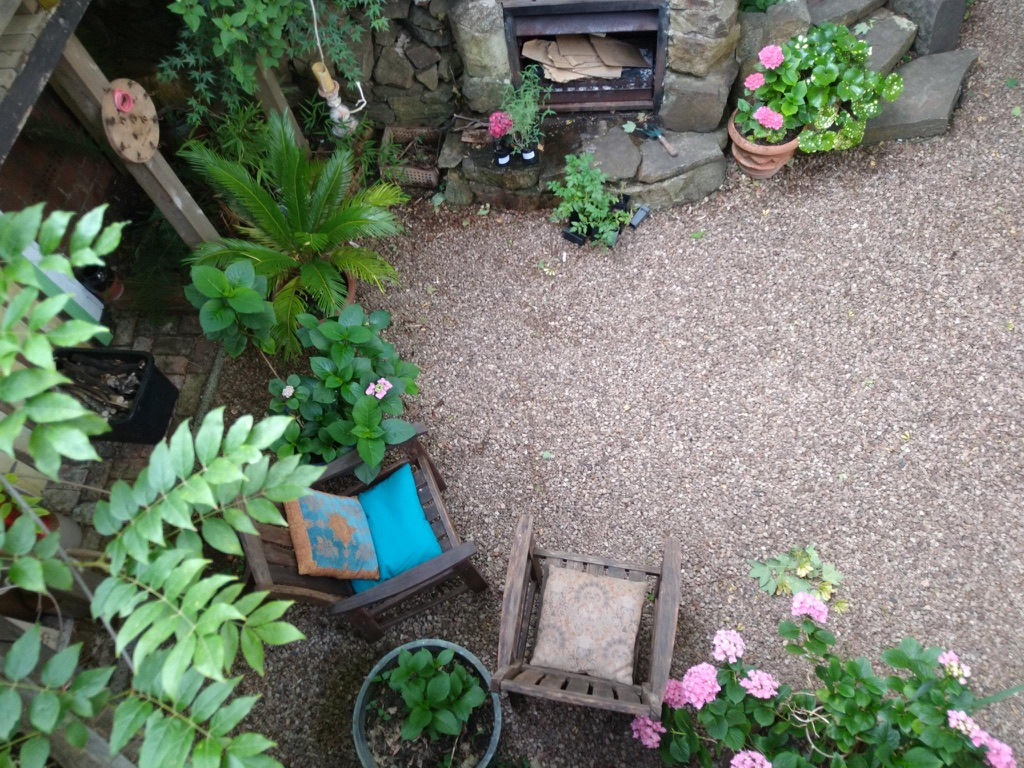 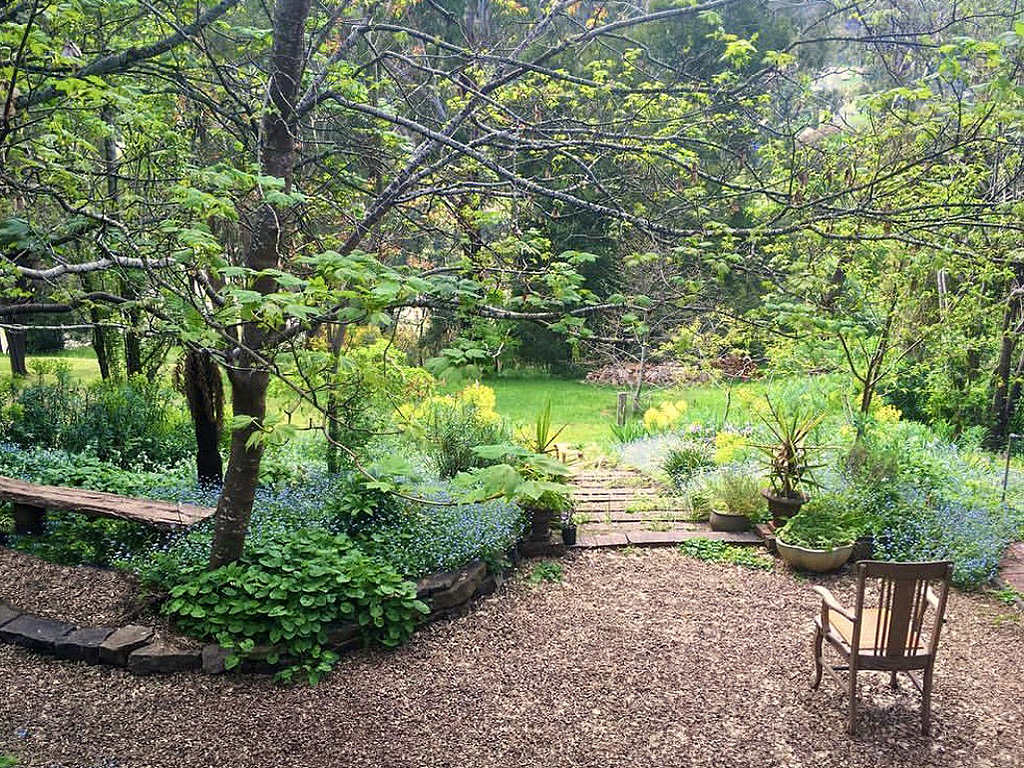 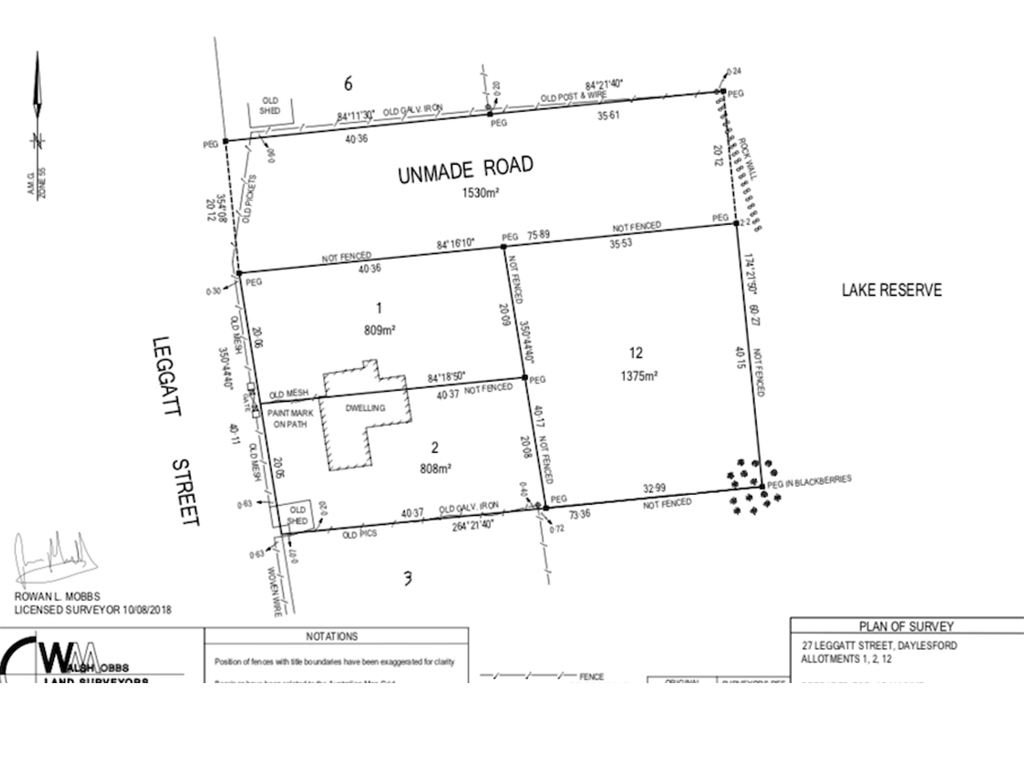 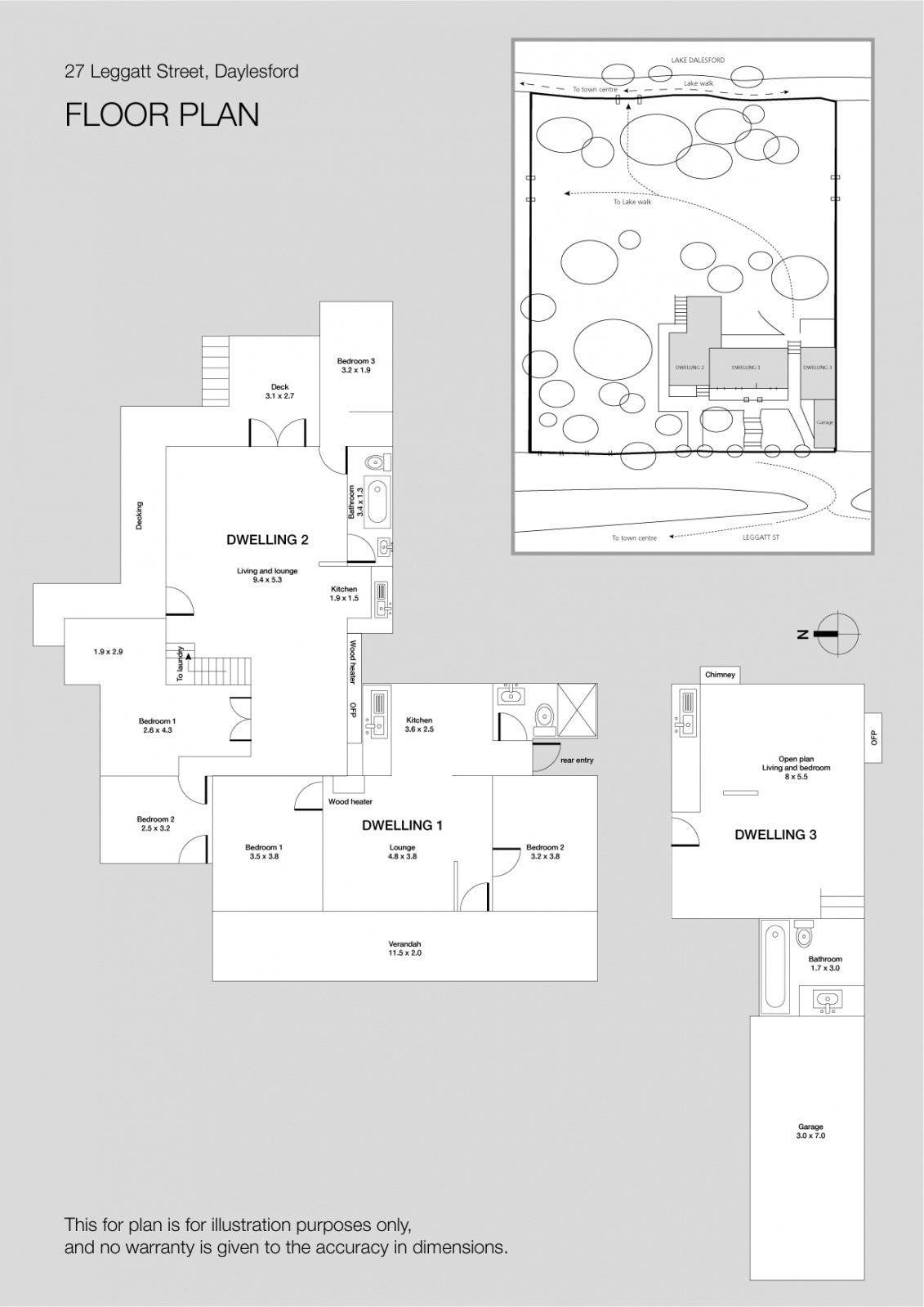 Get Directions...
Presented for sale for the first time in fifty years, this family home and one acre (approx.) property represents an absolutely unrepeatable opportunity. Situated directly on the South-Eastern shore (the ‘sunrise side’) of charming and sought-after Lake Daylesford, this romantic garden-and-woodlands site is the last largely undeveloped block of its size on the lake; its potential in the hands of an enterprising new owner is enormous.

The property comprises three lots of roughly one-quarter acre each, plus a long-term lease (ending 2093) over approximately another quarter-acre of crown land. Two of the lots run East-West from Leggatt Street down towards the lake; these upper lots hold the family home and a much-loved garden of lawns, flowerbeds, mature exotic trees, and some shedding. The third lot runs North-South abutting the lake reserve, ending just a few metres from the water’s edge. This third lot is surrounded on three sides by crown land, meaning its water and town views cannot be built out by any neighbours in future – a unique feature in this increasingly popular area. Mature native trees allow water and sky views, whilst screening out the sight of development on the opposite shore – another unique and invaluable feature of the block. A number of good-sized fruit trees flourish here as well.

The crown land leasehold – which a new owner can apply to buy outright from the state should they wish to - runs beside the other lots from Leggatt Street to the lake reserve. Permanent buildings cannot presently be erected there (though demountables may be), but with clever design it could be used as a driveway giving access to the three fully owned lots – or left in its present natural state.

The family home is positioned almost entirely on one of the two upper lots, and comprises three contiguous cottages and a garage. Though entirely inhabitable, and possessed of a certain old-fashioned charm, these flats would benefit from renovation - or could be removed and replaced by a new home. Though not individually large, their footprint taken altogether gives precedent for a single building of considerable size, a precedent which would presumably apply across all three lots (STCA). Furthermore, the block’s slope, from Leggatt Street to the lake, would with careful design allow for good lake views even with buildings on each lot.

Quiet and picturesque, Leggatt Street holds the well-known Boathouse café, and is a 3 minute drive or 15 – 20 minute walk from Daylesford’s main Street. The various mineral springs this precinct is known for, are a short and pleasant walk away. Leggatt Street sits on the opposite shore to King Street, site of the highly regarded Lake House restaurant, and is in many respects preferable, being leafier, less built-out, and away from the highway and its traffic.

Daylesford, known for its mineral springs and natural beauty, is also firmly established as a jewel in Victoria’s restaurant and tourism crown. For those seeking a desirable, versatile, and highly individual address in this vibrant community, the property at 27 Leggatt Street must be considered an outstanding investment. We are advised that interest in this property is likely to be very high; we invite you to contact us with any queries.

Homes For Sale By Owner

Australian Homes For Sale By Owner provides free property advertising for Australian home owners selling a home privately. If you are selling your home, you can list your home for sale for free.

If you would like support to sell your home yourself and want to get additional exposure on the big websites, you can list your house for sale on realestate.com.au and other leading realestate sites without paying agent commission via our partner site Agent in a Box.

Australian Homes for Sale by Owner also give you free social media exposure for your home. You can find us on Facebook and twitter